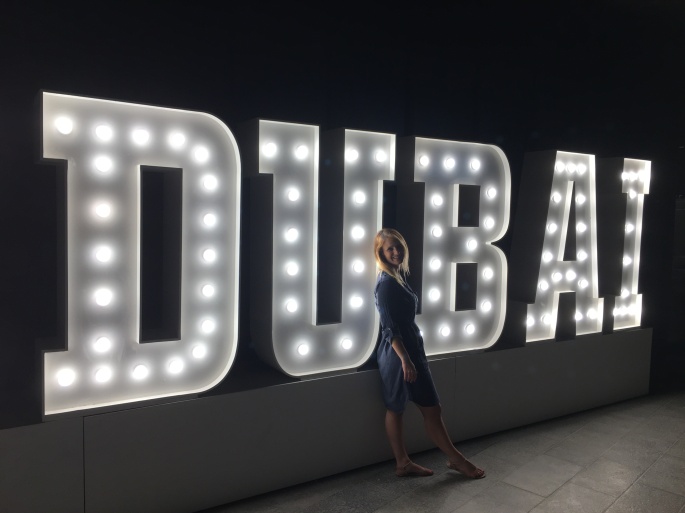 Q: What is your story of strength?

I was quite the precocious kid. I always questioned why strength was seen in a specific light. As a child, I was called bossy, which bothered me. I liked being in charge, even on the playground. But the boys were never bossy, they were “leaders.” My parents always encouraged me to dream big, to go big. But, like most American kids growing up, I struggled to figure out my place in the world. Trying to do everything and be everything left me feeling like I always had something to prove. I never stopped dreaming, but I was very aware of the limits the world tried to place on me, and those I placed on myself. I felt that people constantly underestimated me. I decided everything people told me I couldn’t do, I’d prove them wrong. When people told me I couldn’t do something, like learn Arabic, it lit a fire in me. Today, I speak Arabic.

I always thought I was strong and direct and ambitious but was told to muddle these qualities to be more attractive, to be more “feminine,” and to be less intense. It was something I blatantly refused to do. A combination of people telling me I couldn’t do things and telling me I was too much, made me even more obstinate to be who I am and what I think my strength should be as opposed to what others may see. When I became older and more sure of who I was, I began to understand that strength is not defined by defiance. It is not showing what you are not. It is letting yourself shine at your deepest core, the very essence of who you are. Strength is how you choose respond to what the world throws at you.

Q: Can you share a disappointment or failure in your life?

I don’t have many regrets in my life..but looking back, it was my respect for my body. That manifested in many different ways. In my culture especially, but not just American culture, women want to feel beautiful and accepted and wanted and that causes women to do things they aren’t proud of later on. If I failed at anything, it was making unhealthy decisions- dieting, unhealthy eating, etc. I wish I wasn’t as harsh with myself and my body based on what the world told me that I should look like. I wish I was kinder to myself and more confident in who I was. As I let those toxic thoughts fester in my mind, telling myself “you aren’t good enough,” whether it be not eating, not being “strong enough” to get through a diet or wanting someone to want you so badly you do things that aren’t you… those mistakes I made in high school and college I wish I would’ve been strong enough and more confident in myself to know those weren’t decisions I was comfortable with. If someone didn’t like me or made a hurtful comment, I wish I had the strength to brush it off and just be me.

Q: Who is a strong woman who has inspired you?

My mother grew up in California in the 1960s in a very Catholic family but she decided she wanted to become a minister. In those days, that was something women rarely did. She attended the University of Notre Dame and was part of the third class of women to graduate from the University. I remember her telling me stories of her times at university- men would comment how women didn’t belong there. University isn’t a place for women, they said. My mother graduated with excellent marks and continued on to graduate school. She started out by defying the norms and being brave enough to be in a place where people didn’t want her because she knew she had a right to be there. Then she entered seminary, another primarily male institution that hasn’t been historically open to women.

Throughout her career she has always made it a point to support other women- the classes she has held, the therapy she does, she always makes it a safe place for women to share their struggles. My mom is now 65 but she quit her job because she needed a change.  She now travels to Haiti to help build houses for people who were impacted by the hurricane and is a part time pastor at another church. To have the courage to change your career after 25 years, is such an example of strength. She has always been a boundary pusher and I am always inspired by her.

Q: How can women support each other better?

Especially in the workplace there is an attitude of competition because for so long women had to fight to even be in the room- to be the token woman in the room- and I think that’s impacted the way we view each other– as competition in the workforce. It is less common now, but should be even less as women support and mentor each other to improve each other’s strengths and accept each others weaknesses without exploiting it. See what other women bring to the table and encourage them to bring it — and to confidently bring it so they know their ideas are just as valued as anyone else. We need to stop repeating “support one another” and start to take some tangible steps. Praise a female colleague at work, lend a hand, support an idea. Once we support each other and recognize we have just as much to say, I think more female voices, and creative ideas will come forward.