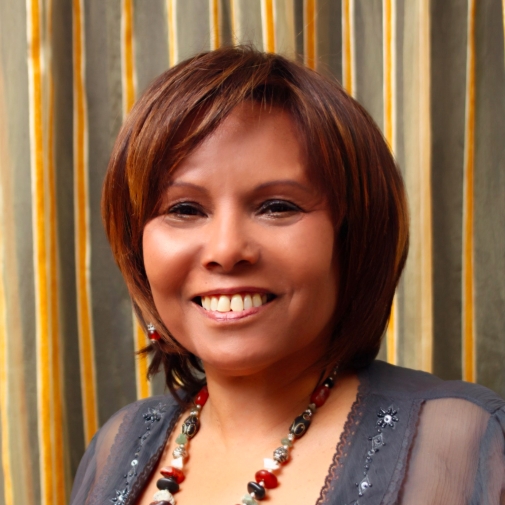 What is your story of strength?

What makes me strong is that I was weak. Because of cultural norms in Sudan where I am from, I got married very young, at 16 years old. My father told me that he will make sure I go to university and he pushed me to do it. So, after I had my son, Michael, I went straight to university. Since then, my father was my inspiration. He always said there is nothing that can stop me from getting where I want to go. In fact it was both my father and my mother who were my inspiration for being a strong person. They both taught me and each of my brothers and sisters – all 7 of us – to believe in ourselves. If you look at us we all turned out to be great achievers. They are the reason for our strength.

When my husband passed away, my salary was 600 (Jordanian Dinars), my house rent was 4,500 (Jordanian Dinars) and my son was in university doing his masters. So, I had to sell all my gold and my belongings to make ends meet, but it was my family who gave me the strength to get through that time.

My father built in us the belief that men and women are equal. This is also where I find my strength. I was a naughty child growing up and different than other kids. I used to love playing with the young boys in my neighborhood. One time my brother who is four years older than me said to me, if you don’t stop I’m going to hit you. My father heard him. He was thrown out of the house for three days. He told him “If you hit your sister, you cannot enter this house, you go and stay at your grandmas for three days”. That’s how my father empowered us everyday. He taught us that we are equal, and that we have to believe in ourselves and our capabilities, but that we also have to deal with people in a fair manner.

When I face challenges, I remind myself that there is always a way out. We should think positively. My company had 28 employees at one point. Now I only have 3 employees, but we are still accomplishing our mission and we are managing with what we have. I don’t have to travel 3 times a year, I can go once a year or every 2 years. I don’t have to buy as many clothes as I used to. Your value is in yourself not in the clothes you wear or what car you drive and all this nonsense. Work with what you have.

Can you tell me about a woman who you believe embodies strength?

If I had to choose, I would say my mom and my aunties. My aunties from my father’s side were all accomplished women; one was a doctor, one worked for the U.N., one was a TV presenter. They all inspired me to be strong.

During my career though, I did not work with many women. In fact, I was always the only woman in male-dominated companies. At American Life Insurance, I was the only female employee for 8 years. I remember a time when I was in a meeting with a group of senior executives – men who were older than me and more experienced, but also men whom I respected very much. During the meeting, they made some gender-stereotypical comments and jokes, which offended me. I was very young at this time – in my 20s – but I summoned the courage to stand up and demand that they apologize. It was an empowering moment for me.

After my husband died, the General Manager of another international company that I worked for, tried to introduce me to his lawyer for marriage. I was extremely offended and I was not afraid to tell him that. I also sent the complaint to the headquarters in the US, and while they were sensitive to gender-specific complaints, they claimed that they could not help me because running the business in the Middle East was more important, and they dismissed the matter. I resigned immediately after hearing this. This experience made me stronger.

Can you tell me about a time you failed or disappointed yourself?

So many times. We always make mistakes and we always learn from them. I will share with you a personal mistake that I made in my life. Because I married young and had my son Michael at a young age, I had a psychological barrier against having more children. So, every time I got pregnant after him, I had an abortion. I did this four times and I regret this now. I feel that I was unfair to myself and to my family, and it is against everything I ever believed in. I hid this secret from my family until much later. We should support women who are going through similar psychological experiences so that they do not have to make difficult decisions like this. I also believe that women have the right to choose whether or not to abort if they are in a difficult situation, for example in the event of rape, if your husband dies and leaves you alone at a young age, or you/the baby is sick, etc. Yes, women have to have the choice.
How can women better support each other?

We are raised to compete in this society. As women, we are meant to believe that we are the inferior ones; we were told “don’t sit cross-legged”, “listen to your mother”, “help your brother”, etc. So we always believe that we have to compete in order to prove ourselves. In the business world, women don’t have the same advantages as men, so we should try to compliment and support each other rather than work against each other. If you find a woman who needs help, and you have the means, then help her. If she needs some encouraging words, say them to her. Don’t criticize her and make her feel inferior. You can prove yourself, but not at the expense of others. Women, support each other. Two women together can do a better job than one woman alone.